On the internet appeared first pictures of model Sony XPERIA E4 which is being developed and which is supposed to replace models XPERIA E1 and XPERIA E3. Nevertheless, the second one will be offered for some more time and I believe that it will have a solid success for current price. The phone offers display with 5 inches diagonal and also quad-core CPU Mediatek. Are those steps the right way?
Personally, I do not want to question performance of Mediatek CPU's in any way, my point is that the rest of the portfolio of company Sony Mobile uses CPU's Qualcomm. Last time the producer used Mediatek, bootloader could not be unlocked and there were other similar restrictions. Those do not necessarily have to influence every single person, but it is not very pleasant. Customer of course would not be interested in type of CPU, but this change does not seem very positive to me. In my opinion, main question is if we do need another cheap phone with large display. This display offers resolution 540 x 960 pixels, and although it is not in fact that little, within the context of this diagonal it is not actually that good. In this regard, I think that current model Sony XPERIA E3 has much more chances to succeed. How do you feel about that? Do you like model Sony XPERIA E4? You can discuss on our forum. I appreciate smaller frames around the display, hopefully that will not be the only one inovation. The phone should arrive at the market with Android 4.4.4 KitKat, but over time it should be actualized to Android 5.0 Lollipo, which will hopefully become standard in all phones of Sony Mobile company for year 2015. Which phones will be next...?

You have no rights to post comments
Only for registered users 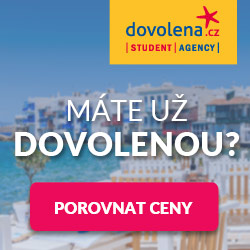